How to apply the Solar Film?

The One solar film can reduce glare, block 100% UV rays, protect furniture from fading and save your air conditioning costs. It also allows visible light to pass through. Let’s say hello to sunshine!

Things you will need:

※ be careful when using the knife

* Solar film products are high-viscosity adhesives, which are not easy to apply and require professional masters to carry out the construction.

Where can the product be used?

Uplus, life plus. We guard your health

How much is the cost?

Car tinting can go to the online shopping page to find the corresponding car model and place an order. After the order is established, the serviceperson will arrange an appointment for tinting. For special cars (such as Tesla, sports cars, etc.), you can fill in the inquiry form first, so that you can arrange an appointment later.

How many types are available for the Solar Film?

For more information, please refer to the product page of the official website:
https://www.globaluplus.com/solarfilm

Or go to the online shopping page to see to the actual photo of the car owner:
https://www.globaluplus.com/store

How long can the Solar Film guaranteed?

The car has just tinted, but there are small bubbles, what should I do?

Fogging and bubbles appearing after the car tinted are “normal”. This condition is caused by the moisture. The condition will improve after 2-4 weeks.

(explanation 1.)Dimensionless quantities in physics are those that require no unit.

Visible Light Transmittance (VLT) (green building>=0.5) describes the percentage of visible light (approximately 390 to 780 nanometers within the solar spectrum) transmitted through the glass. It is determined by the glass color and thickness. Clear glass has 75% to 92% VLT; colored glass has 14% to 85% VLT.

Visible Light Reflectance (VLR) (green building<=0.25) is a ratio of visible light that is reflected from a glass building materials when illuminated by the light. The higher the VLR, the light reflectance problems could be greater.

What is Ultra-Violet Rejection UVR

The blocking rate of ultraviolet light. When the value is higher, the better the UVR is.

What is Angular Optical Properties

The characteristic parameters are determined for quasi-parallel, almost normal radiation incidence. For the measurements, the samples shall be irradiated by a beam whose axis is at an angle not exceeding 10° from the normal to the surface. The angle between the axis and any ray of the illuminating beam shall not exceed 5°.

What is Rainbow Effect in Window Films

In Window Films Under certain lighting conditions and viewing angles, the appearance of various colored
bands on the film surface that appear to “float” over the surface as the viewer changes his point of view or
an “oil on water” appearance on the surface. Please refer to Figure 1. 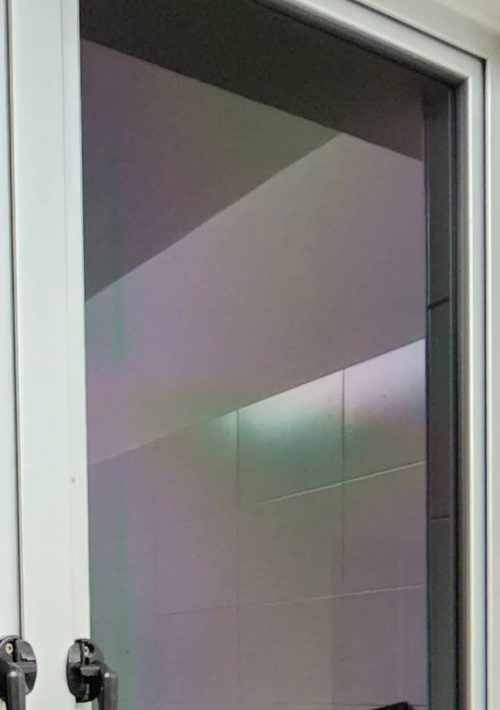 The coloration is not from dyes or other color substances rather it is due to the multilayer structure of
window films. Rainbow shows as varied colors and is the result from the interference of light waves
reflected from different surfaces within the film, and changes with the angle of view. In the case of window
films, the first layer of window film is the Anti-scratch layer (layer 1), applied to our UVIR (layer 2) is the
reason to cause the rainbow effect. While the first layer –Anti-scratch layer is optically clear, it has a
slightly different refractive index than the second layer – UVIR film as shown in Figure 2. Therefore when
the light from the interior space, some of the light transmits through to the exterior of the window and
some of the light is reflected off the first layer and back into the interior space (λ1). Moreover light is
reflected off the second layer – UVIR film and back again through the first layer (λ2). Variations in the
reflected light waves across the surfaces of the film produce the Rainbow effect.

Types of interior light sources can have a dramatic effect on the “rainbow appearance. Fluorescent lights,
compact fluorescent bulbs, and especially new energy-efficient “T8” lamps appear the generate the worst
effects.
There are a few things that can be done to reduce or eliminate this effect and following summary remarks,
followed by suggestions to mitigate the problem:
1. “Rainbow” can be seen on most window films if looked at closely under certain lighting conditions, even
clear films.
2. It is impossible to avoid rainbow effects completely with most films because it is a physical effect not
completely controllable by manufacturing processes.
3. iridescence can be amplified under certain viewing conditions, such as with darker external backgrounds
like nighttime and with sloped glass
SOLUTIONS TO REDUCE THE RAINBOW EFFECTS:
1. Reducing the contrast between internal and external background color (Figure 3) – the rainbow effect is
more obviously. 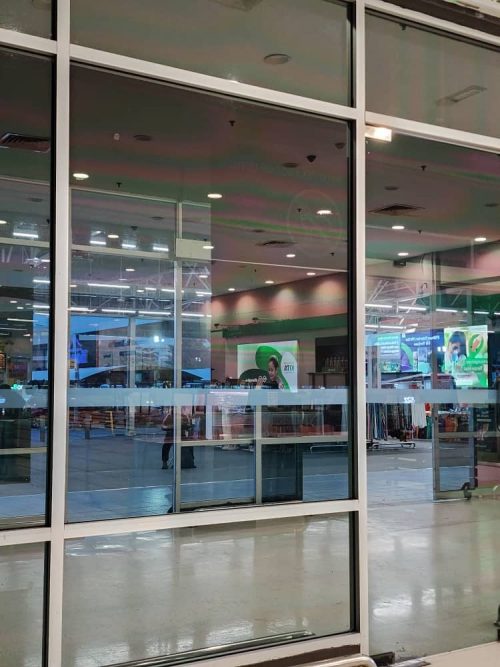 2. To use a full spectrum light source like incandescent lighting or full spectrum LED lighting. Rainbow effect
is not a sign of product failure or deterioration.